The Code of Ethics describes the rules for achieving our goals in terms of the company's social responsibility.
continue » DOWNLOAD PDF

ALA OFFICINE SpA obtained certification for the first time in 1996 of its Corporate Quality Management System in accordance with UNI EN ISO 9001...
continue » 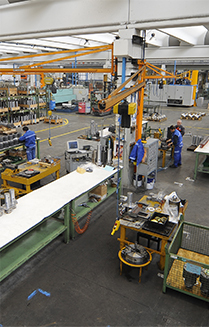 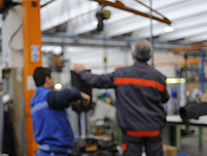 1978 ALA OFFICINE obtains its first industrial order and begins to enter the operating machinery market.

1980 it expands its market to Europe. Considering the success achieved, it abandons all other type of production and focuses exclusively on making hydraulic swivel joints of its own design.

1998 first enlargement of the production area, that reaches 4.500 covered mq.

2001 changes its name to ALA OFFICINE SPA.

2003 obtains certification of its Corporate Quality Management System in accordance with the UNI EN ISO 9001: 2000 (Vision 2000) standard. In the same year it began to develop a new concept of production for its joints: work islands are installed which focus on several processes with a single handling operation.

2008 introduces the new computer system for control and production progress management through latest generation software designed specifically for ALA OFFICINE.

2010 ALA OFFICINE SPA begins an ambition reorganisation project for its production through lean-production concepts and using systems such as 5S methods. The project is also aimed at improving the logistical layout and developing the "times and methods" function in production.
HISTORY 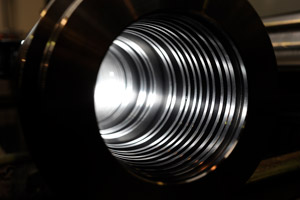 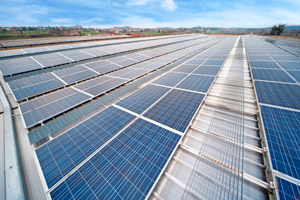 ALA OFFICINE SPA has always been sensitive to the health of its employees and to environmental protection. For this reason in recent years it has invested heavily in environmental sustainability projects. 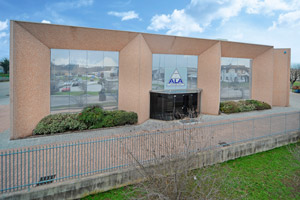 Today ALA OFFICINE SPA is a leader in the Italian hydraulic construction market, as well as an important point of reference in the European and North American hydraulic joint markets.